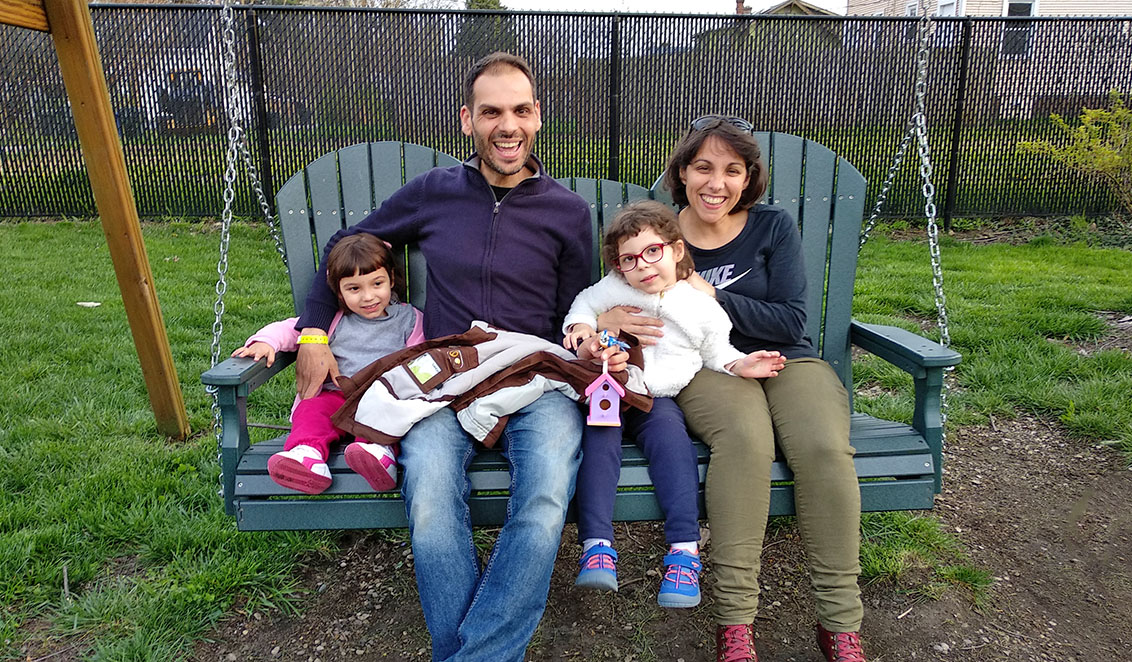 Marta and María are two Spanish girls who live happily in Castellón de la Plana, their hometown. Marta was born in a hot August of 2012. Her first years of life were totally normal, she was a happy, bright girl, who liked running, singing and playing with her friends. But during the summer of 2016 her parents noticed that Marta reached a maximum level of evolutionary development and that some of the skills she had acquired became worse. The medical tests followed one another in the following months, until October 9 of the same year, when the family life changed radically. That day, Marta’s legs began shaking to the point of making her fall. Immediately moved to the hospital, medical tests began, which at first seemed to point to epilepsy. But, as the explorations progressed, Dr. Jorge Pantoja, her neuropediatrician, began to suspect that Marta was suffering from a very serious genetic disorder. The genetic study confirmed the diagnosis of Batten’s disease (in its variant CLN 6) a few months later, on April 26, 2017.

The doctor explained to her parents that Marta had a neurodegenerative disease that had no cure. The news was devastating for them. The loss of cognitive, visual and psychomotor faculties continued reducing her autonomy in every sense. Dr. Pantoja also told them that because it was a genetic disease, tests had to be done on Maria, Marta’s sister, since there was a risk that she would also suffer from it. Months later, on August 31, 2017, the diagnosis was also confirmed to María, but, at the same meeting where the doctor gave them the news, he also informed them that he had located a research group in Columbus (USA) focused on finding a treatment for this disease. The doctor had already begun the first contacts with that team, and for the Bernat Hernández family a new hope was born there, in the capital of the North American state of Ohio.

From September 2017, information and efforts began to accumulate in the mind and in the daily life of Gustavo and Ana, Marta’s parents, while she continued fighting bravely against the disease, and María smiled and made everyone around her smile. For months, things followed one another, searches for more information, translations to English, contacts with foundations and others affected, emails and videoconferences, requests, medical tests, travel arrangements to Columbus and waits, many waits, some endless.

The solidarity of the family, friends, acquaintances, neighbors and many other people has accompanied them during all this time, in their determination to embark on a journey towards hope, a journey that finally began on March 6, 2018, when their flight took off from Barcelona destined for a hope that was in Columbus (USA), in the Neurosciences Center of Nationwide Children’s Hospital. There the tests continued to determine if Marta and María were eligible to participate in the study. Three weeks later they were informed that Marta was able to participate, but Maria, for the moment, was not able due to a series of medical incompatibilities. On May 5, after two long months, the Bernat Hernández family returned to Spain with the suitcase full of dream, answers, many experiences and, above all, full of hope.

Their return does not mean they have finished their journey. During the next two years, at least eight times, they will need to travel to the American continent again. There is still a long way to go, there are still many doubts and questions to answer, but, after this good start, with the help of so many people, this family will continue its journey to hope, the hope to find a definitive cure for their daughters.